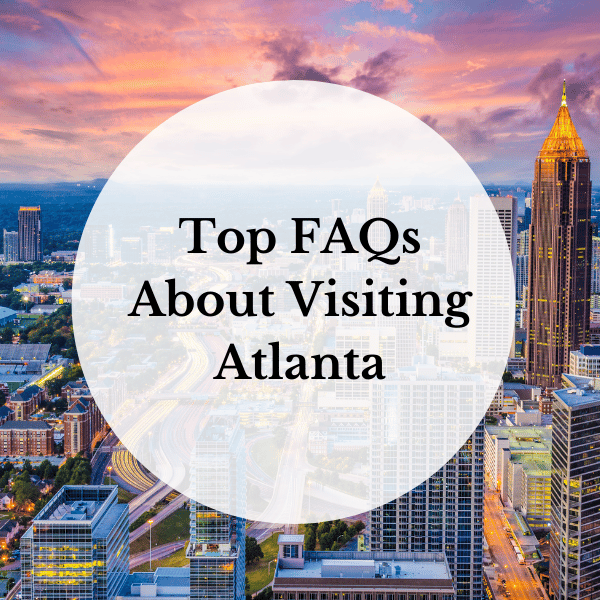 If you’re planning on visiting Atlanta, consider this your definitive guide! Whether you’re traveling for fun or for work, there’s plenty to do in the capital of the South. From world-class museums and restaurants to important Civil Rights historical sites, discover all that Atlanta has to offer! Be sure to view each website for the most up-to-date information, safety precautions, pricing, and more. 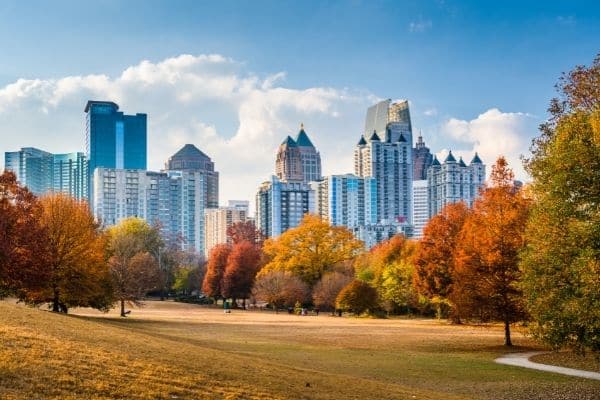 How to Get Around Atlanta

Can I get around Atlanta without a car?

Atlanta is known for being a “car city” – but you don’t need a car to get around! Atlanta has plenty of ride-share options like Lyft and Uber. Plus, you can use the city’s public transportation. Staying in a walkable in-town neighborhood will also allow you to explore Atlanta more easily on foot.

Check out our guide to visiting Atlanta without a car.

How is Atlanta’s public transportation?

Atlanta visitors and locals can get around Atlanta using MARTA, the city’s public transportation system. MARTA (Metro Atlanta Rapid Transit Authority) operates buses and trains to get you around the city. To ride, you’ll need to purchase a “Breeze Card.” You can purchase a card at MARTA stations around town. Or, if you’re planning a trip ahead of time, buy your card online.

Is Atlanta traffic really that bad?

Atlanta’s traffic isn’t always fun. But, outside of rush hour, getting around town is pretty easy. Avoid highways coming into Atlanta around 7-10 am and leaving the city around 4-6 pm. You can use the city’s major highways to easily zip around during non-peak hours.

One note for Florida and North Carolina tourists. If you have an NC QuickPass or a Florida SunPass, your transponder will work in Georgia’s “PeachPass” express lanes! Google Maps and the Waze app are definitely your friend while visiting Atlanta.

Is Atlanta safe for tourists?

While questions about safety are always subjective, we’d consider Atlanta to be a safe city to visit. In 2018, Georgia welcomed more than 111 million visitors – a record for the state.

CBS did not include Atlanta in their most recent roundup of the 50 most dangerous cities in America. The list included other southern destinations such as Chattanooga, Houston, Nashville, Memphis, New Orleans, and West Palm Beach.

When you’re visiting Atlanta or any major city, it’s smart to be aware of your surroundings. Practice common-sense precautions. For example, hide valuables from view in your parked car and look up from your phone while walking around. In any major city, it’s a good idea to be mindful when venturing out after dark.

When is the best time of year to visit Atlanta?

Atlanta is beautiful year-round! Visiting Atlanta in the spring is a great time to see the dogwood trees in bloom, with comfortably cool weather and sunny skies.

If you’re averse to heat and humidity, you may want to avoid Atlanta’s summers. Temperatures in the summer months reach into the 90s with plenty of humidity. But, central air conditioning is the norm in Atlanta. Plus, the city has plenty of indoor activities to keep you cool.

Atlanta starts to feel like fall around mid-October and later. You’ll see plenty of foliage in this “city in a forest.”

A short drive to the North Georgia mountains allows for peak leaf-viewing. You can also make it a day trip to include a winery visit or hiking trails! Atlanta’s winters rarely bring snow. As a result, many snowbirds flock to the city to get a break from harsh winters.

Where to Stay in Atlanta

Which Atlanta hotel should I stay in while visiting Atlanta?

Atlanta has countless places to stay, from quaint B&Bs to luxury hotels and everything in between. Here are a few of our favorites. 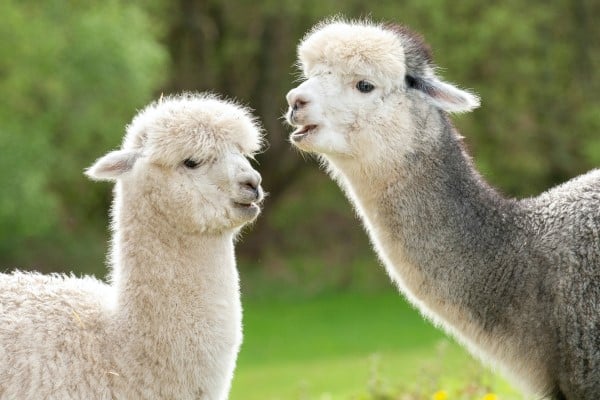 Things You’ll Only Find in Atlanta 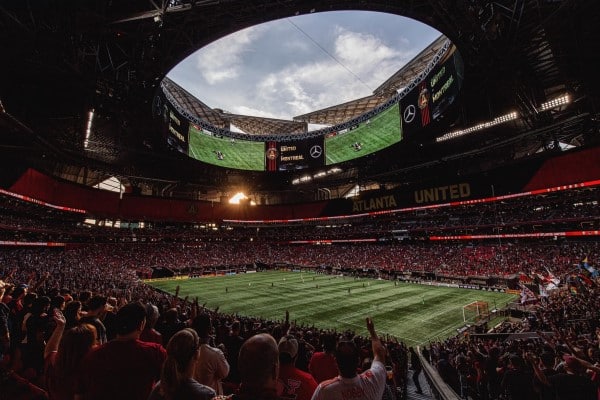 Consider this an honorable mention- we couldn’t leave these spots out!

The Best Places to Eat in Atlanta 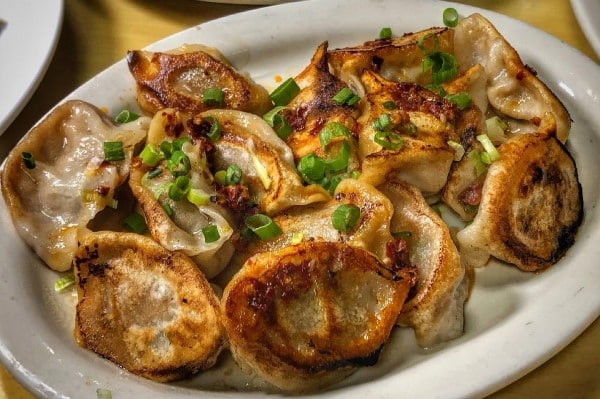 On an 8-mile-long stretch of Buford Highway in the Chamblee area, you’ll find a diverse, multicultural community. The area’s restaurants represent twenty-one nations. Stop at Northern China Eatery for dumplings (pictured above). Or, check out Lee’s Bakery for the “best Banh Mi in America,” according to The New York Times.

Additionally, you can also find some of the best Mexican food in the city at El Rey Del Taco. Afterward, be sure to visit Sweet Hut for a wide variety of sweet buns, cakes, bubble tea, and more. Finally, stop by the Plaza Fiesta shopping mall while you’re in the area.

Kimball’s House is an upscale oyster bar and restaurant in the Decatur neighborhood. This spot is known for its impeccable service. They offer a variety of gourmet entrées and cocktails, plus their raw oyster bar.

Once a full-service restaurant, Staplehouse currently operates as a market with patio and garden seating. Here, you can enjoy charcuterie, pastries, market goods, butcher options, drinks, and more. Staplehouse’s story is deeply connected with Giving Kitchen. The latter is an Atlanta nonprofit supporting restaurant workers who have fallen on hard times with financial aid.

For a family-friendly option or casual spot, try Taqueria Del Sol. With several locations around town, this local taco spot is popular for good reason. The menu is small, but the flavor is big!

Note: For the best vegetarian and vegan spots, check out our blog post Best Vegetarian-Friendly Restaurants in Atlanta in 2021.

Why is Atlanta named Atlanta?

The origins of the nickname “Hotlanta” are debated. But, most locals don’t use this nickname at all. Instead, we call our city simply “ATL.” Or, when saying “Atlanta” out loud, it’s “Atlannuh!”

Who is the Atlanta airport named after?

If you’re flying into Atlanta, you’ll probably spend some time at the world’s busiest airport. The Hartsfield-Jackson Atlanta International Airport is named for two past Atlanta mayors: William B. Hartsfield and Maynard Holbrook Jackson, Jr.

William B. Hartsfield served as mayor of Atlanta for six terms, from 1937-1941 and 1942-1962. He’s the longest-serving Mayor of the city. And, Hartsfield bolstered Atlanta’s reputation as the “city too busy to hate” during the Civil Rights movement. Fun fact: for many years, Zoo Atlanta had a beloved gorilla named Willie B. in his honor.

Maynard Jackson was the first Black mayor of Atlanta (or any major southern city, for that matter). He was also the second longest-serving mayor of Atlanta. His legacy includes efforts to improve race relations in the city. Jackson also completed many major public works projects during his time as mayor, including modernizing Atlanta’s airport. 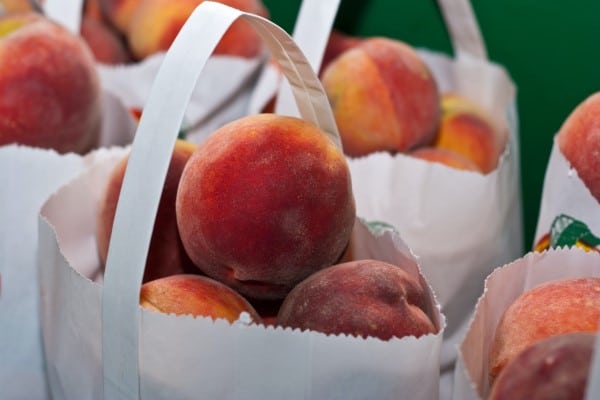 What is Atlanta known for?

Cue Justin Bieber’s recent hit Peaches. While we love the fruit our state is known for, you’ll find more than just peaches here! A few things you might think of when you hear “Atlanta” include Coca-Cola, Delta, Martin Luther King, Jr. and Civil Rights, amazing food, southern hospitality, the film industry, and of course, music.

Some famous ATLiens include André 3000, Future, Lil Nas X, Elton John, The Indigo Girls, Tyler Perry, Julia Roberts, Ed Helms & Brian Baumgartner (Andy & Kevin from The Office), Jane Fonda, and many others. Keep an eye out when visiting Atlanta; you never know when you might spot a celebrity.

Have fun exploring all that Atlanta has to offer! To make the most of your visit, be sure to sign up for a tour with Atlanta Food Walks. You’ll experience some of the city’s best food while visiting local landmarks and historic sites!